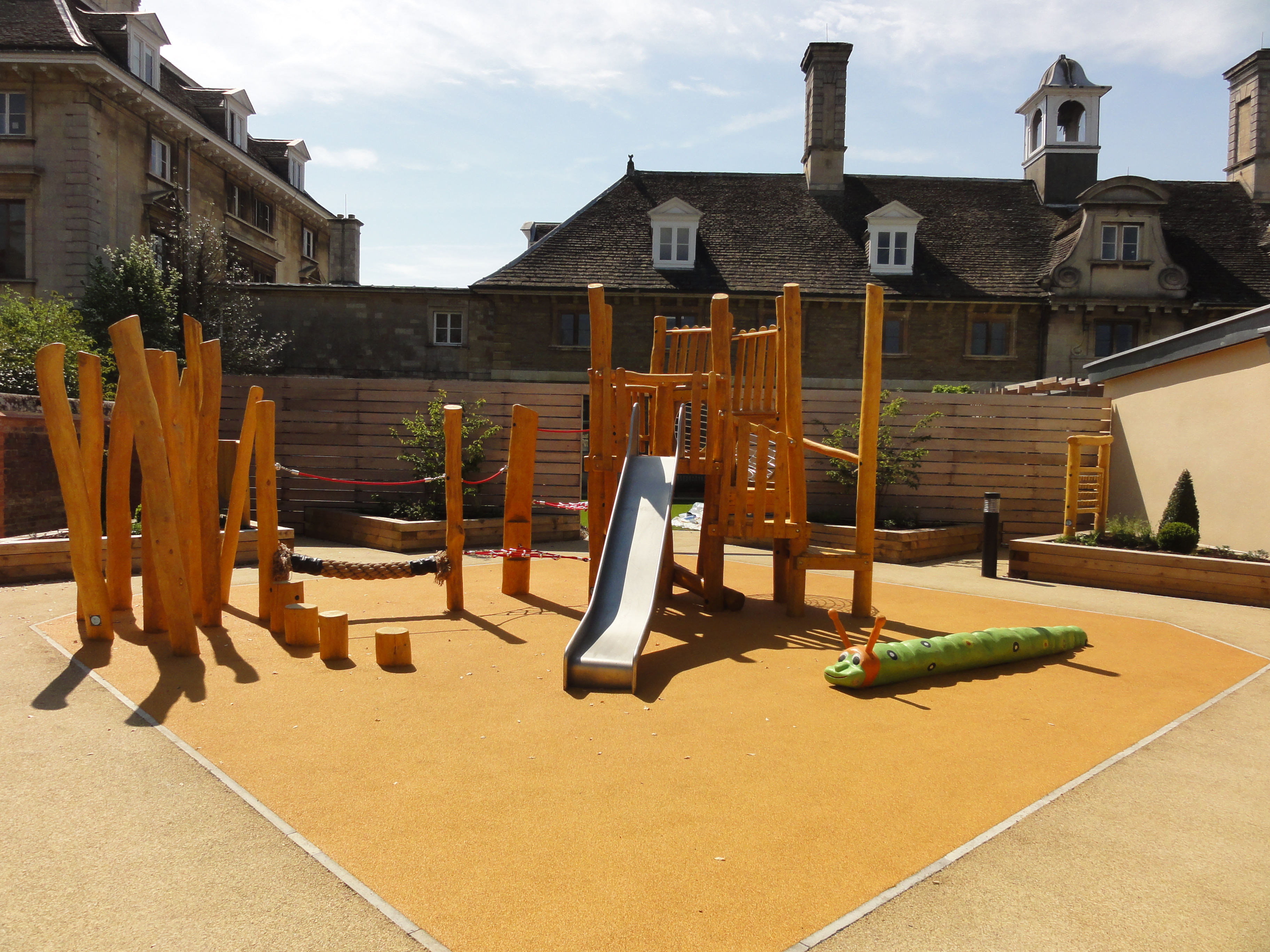 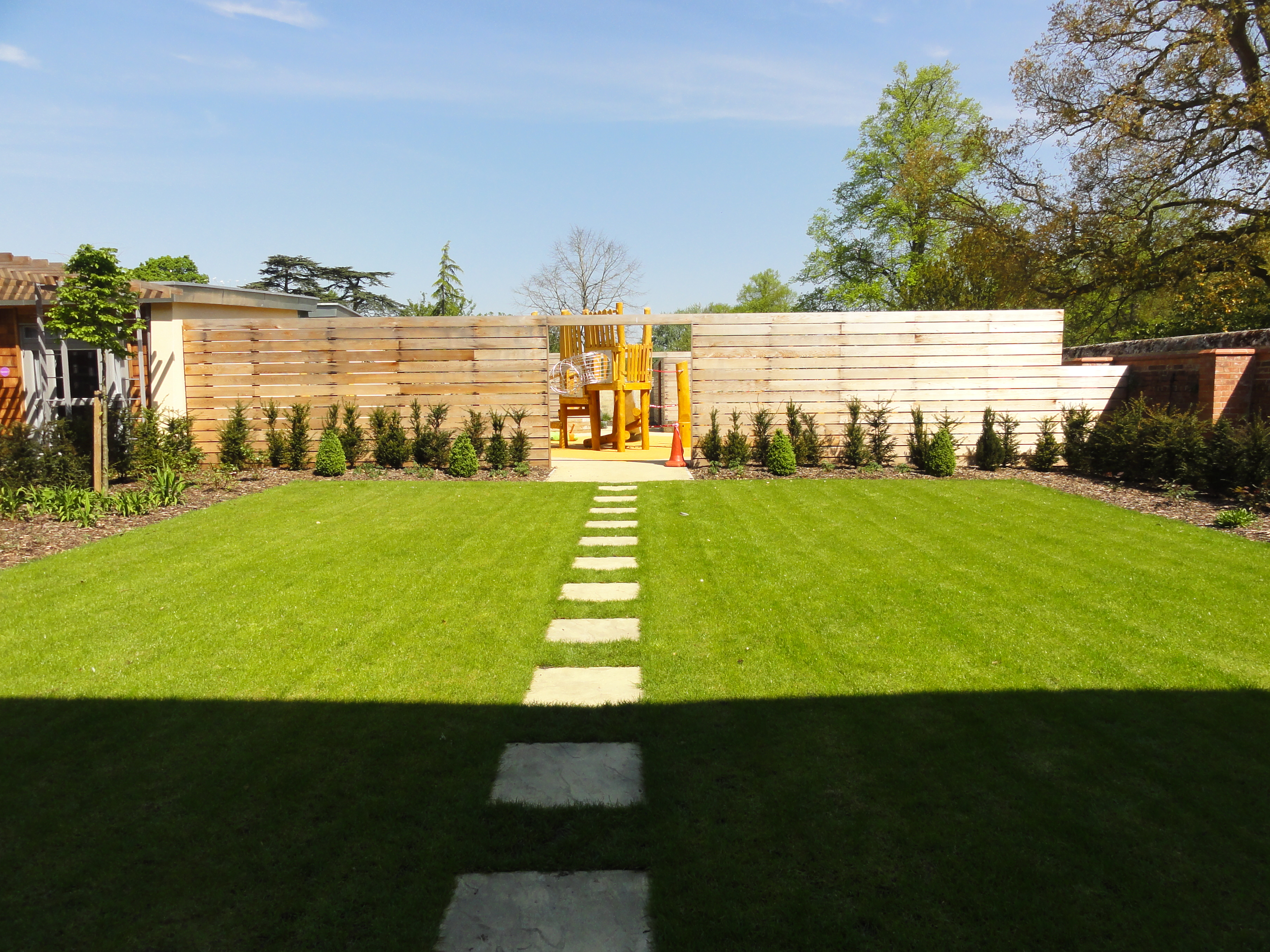 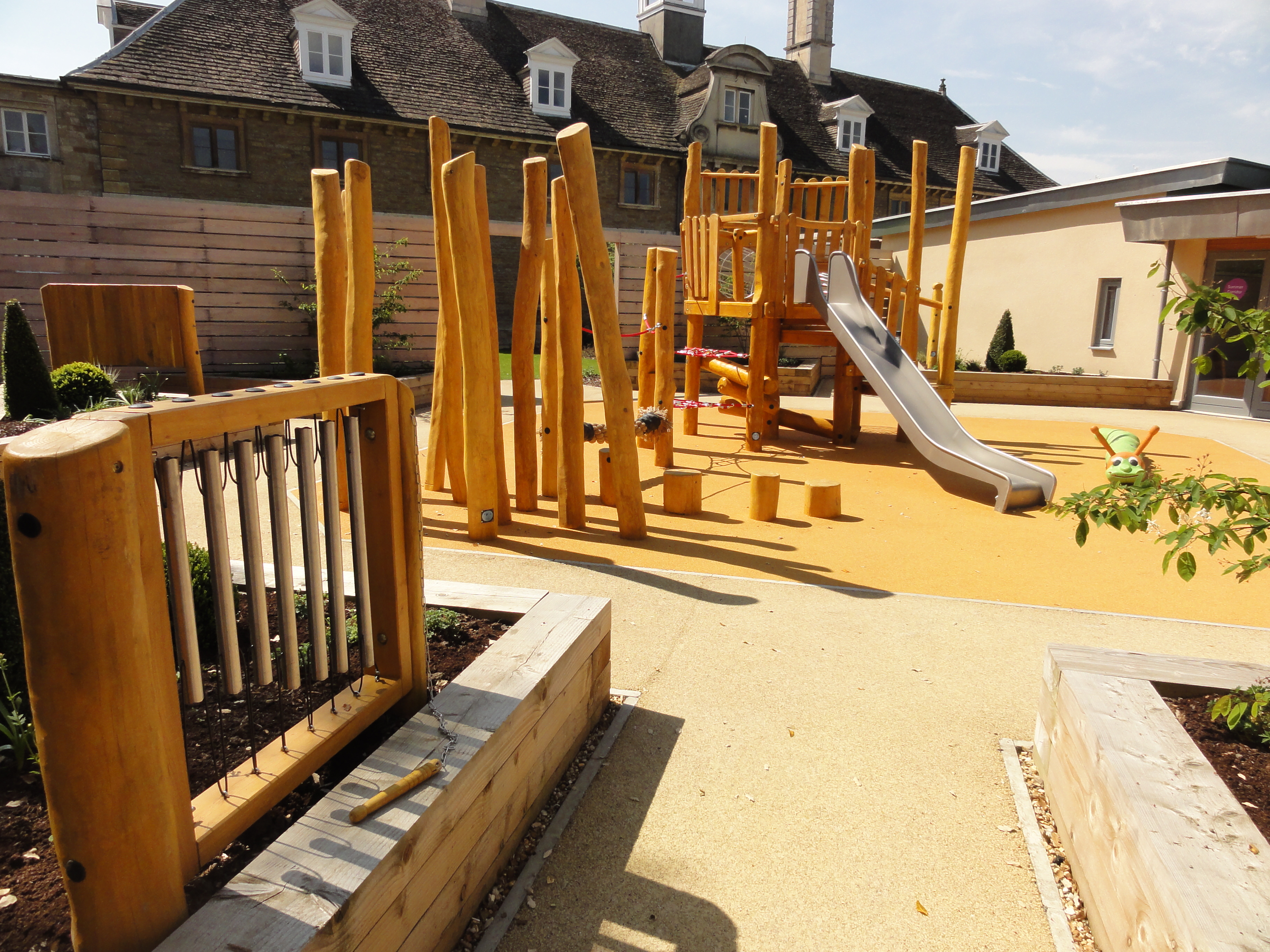 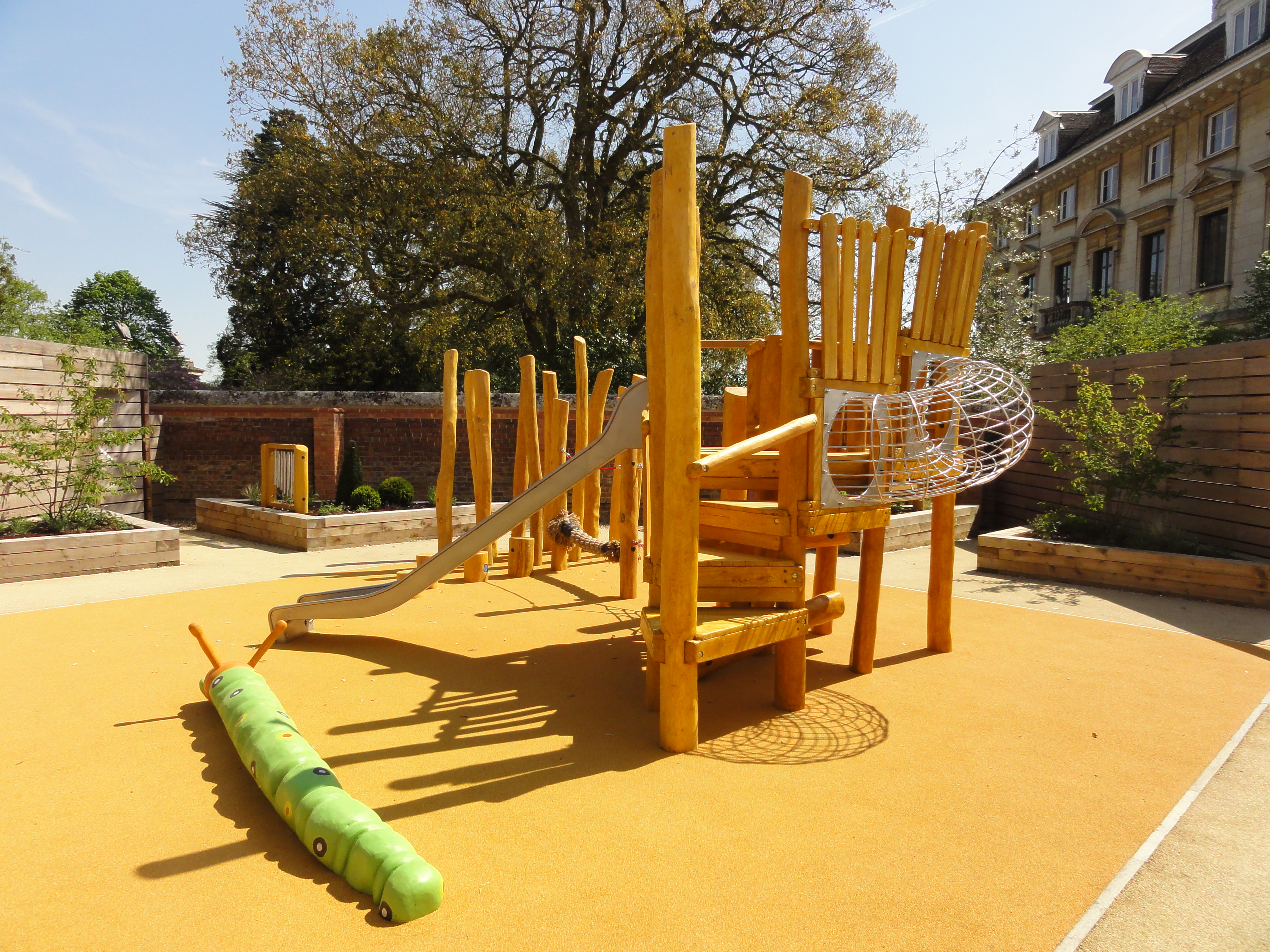 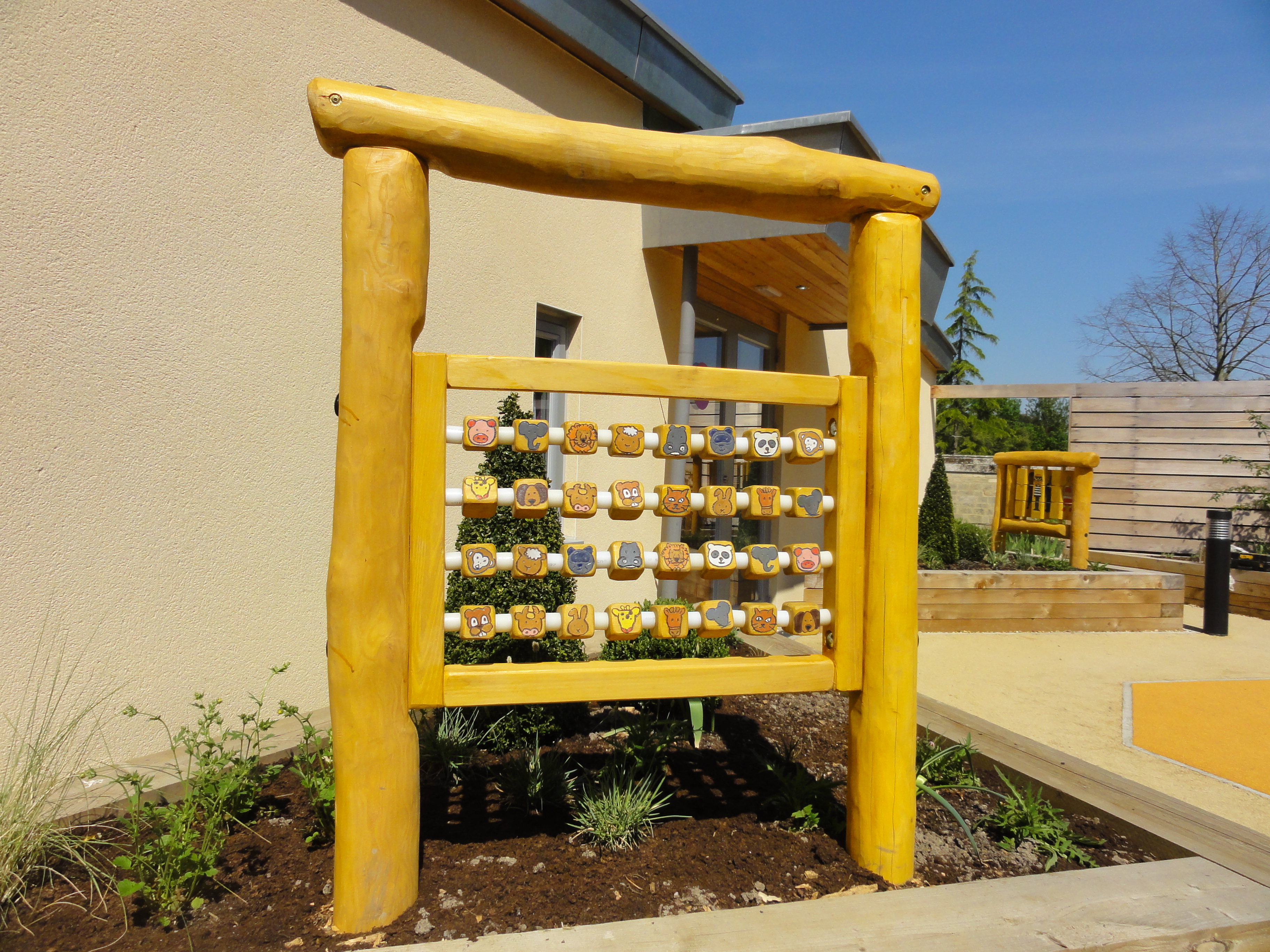 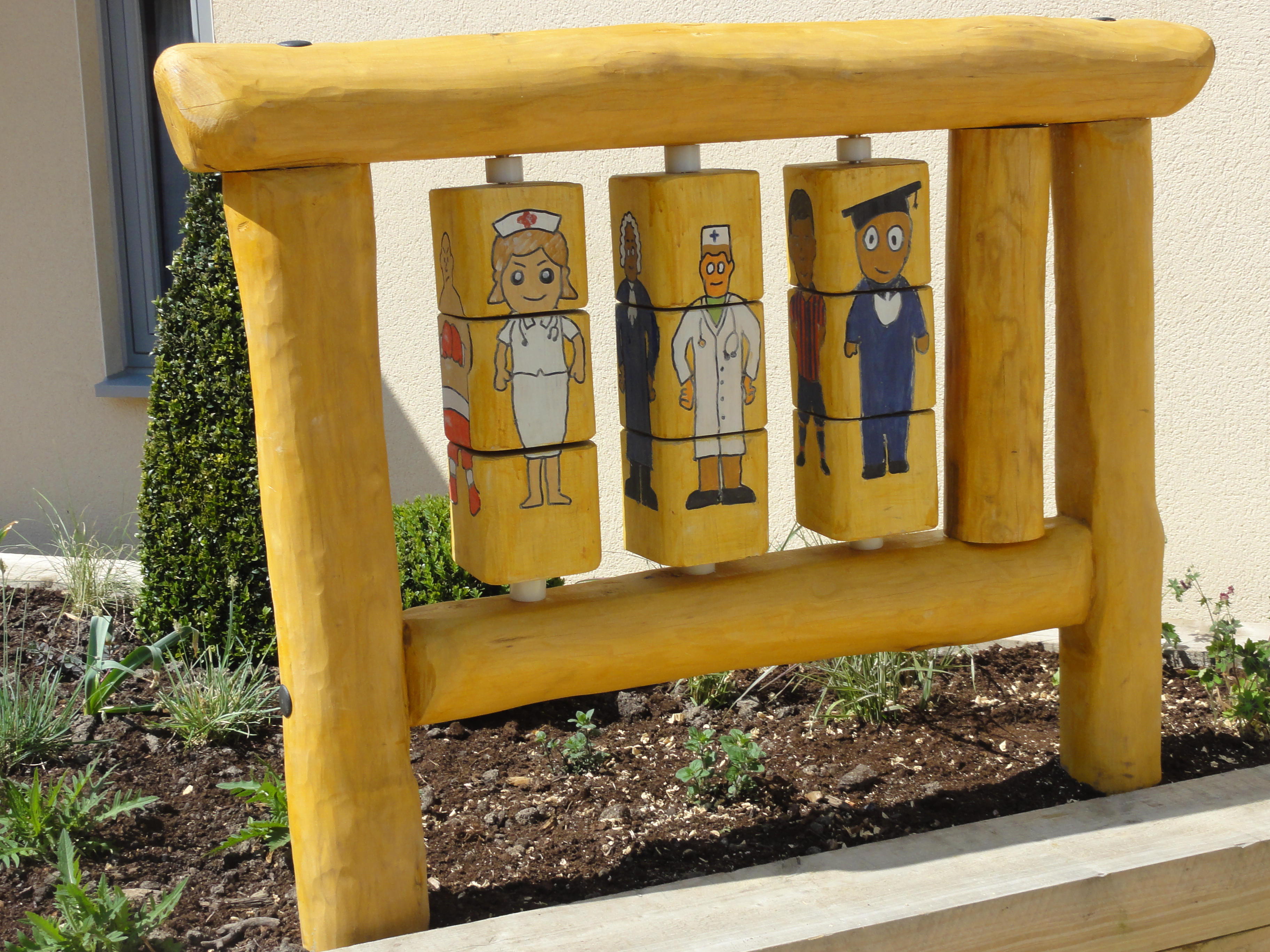 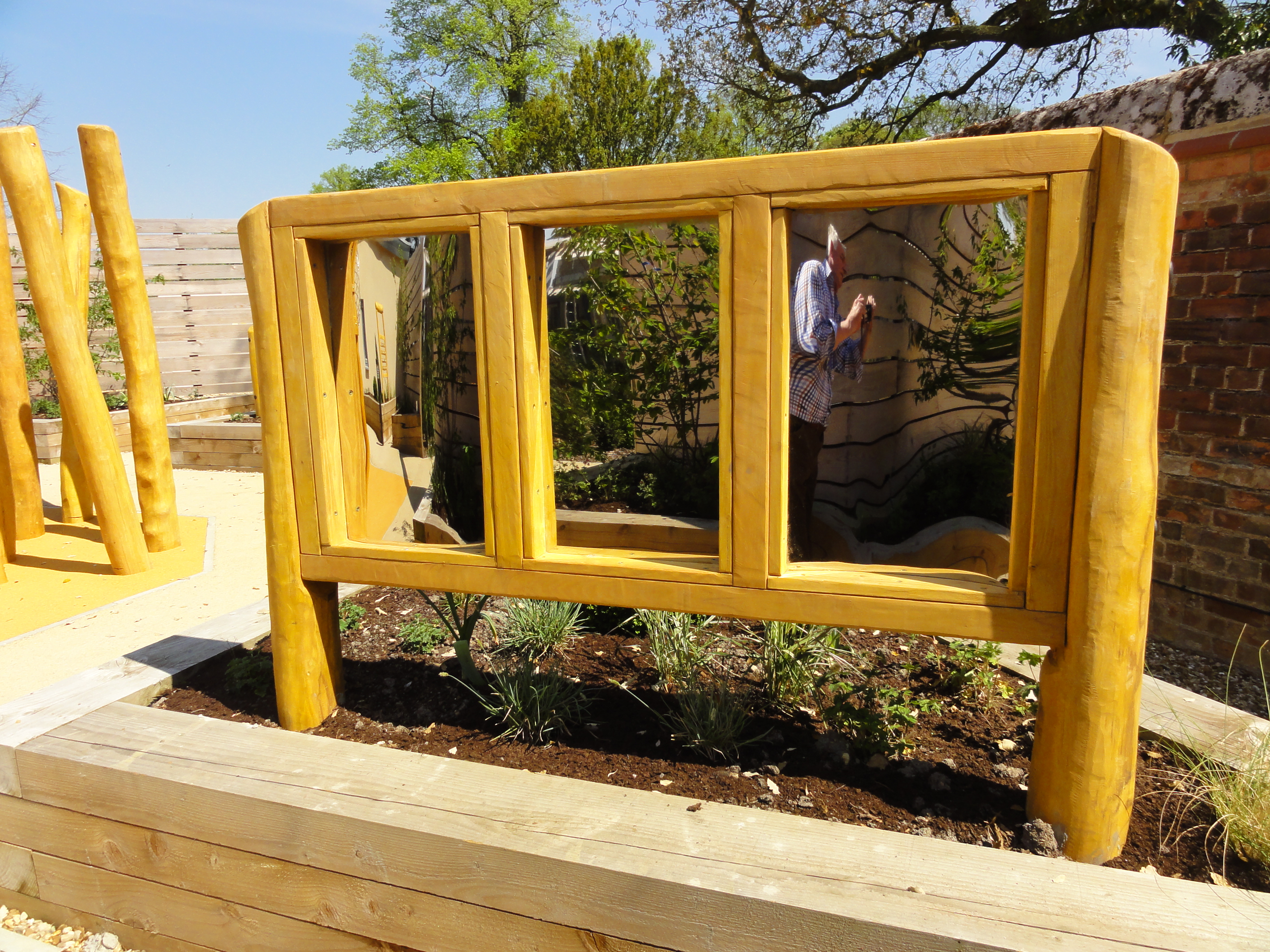 Sue Ryder, was a British volunteer with Special Operations Executive in the Second World War, who afterwards led many charitable organisations notably the charity named in her honour.

We were approached by the charity director to design a playground. The equipment needed to fit in a tight space, suitable for a wide range of children.The unit designed, contains an innovative stainless steel crawling tunnel, designed and developed by CPCL, the first of its kind in the UK. The crawling tunnel can be expanded in different ways and lengths to create additional play-value.
Other equipment supplied: musical instruments, memory games, distortion mirrors, a labyrinth and a play sculpture caterpillar.

Comment in the RoSPA post installation rapport: This is a lovely play space within nice, peaceful surroundings.﻿

Thorpe Hall was built between 1650 and 1656 for Oliver St John, at which time the Hall, outbuildings and gardens were all contained within a rectangular enclosure (Thorpe Hall Working Party report). The earliest known plan of these gardens dates from 1760 and shows a series of courtyards surrounding the Hall as well as a pattern of avenues radiating out into the park from the garden walls.

Frances St John, the last of the family, died in 1789 and the estate, having reverted to the Dean and Chapter of Peterborough Cathedral, was then sold to the Fitzwilliam family (of neighbouring Milton Park). The 1789 sale catalogue and inventory record show that the formal nature of the gardens had altered little but that the park had become more informal with the removal of some of the avenues.

The Hall was occupied by tenants until 1850 when it was purchased by the Reverend William Strong. Strong was responsible for the next phase of developments, which are recorded in a series of journals he kept of the work to the gardens, partly carried out within the 17th century framework (Northamptonshire Record Office). He extended the walled garden to the west to create a large kitchen garden.

The gardens changed little until 1947 when the Hall became a hospital, although some modifications were undertaken by the Meaker family who purchased the estate in 1927. After 1947 the gardens became neglected but (late 20th century) have become the subject of a major restoration plan, following the purchase of the Hall by the Sue Ryder Foundation in the late 1980s and the formation of the Thorpe Hall Gardens Working Party. The site remains (1999) in institutional use.

1947: The Hall became a hospital, after which the gardens became neglected.

After 1985: The gardens have become the subject of a major restoration plan, following the purchase of the Hall by the Sue Ryder Foundation. 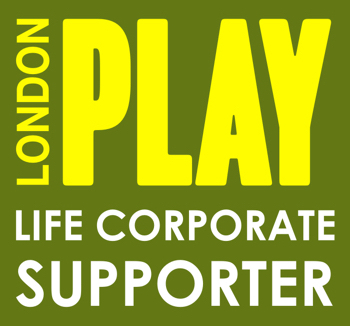